my anne with an “e” rant 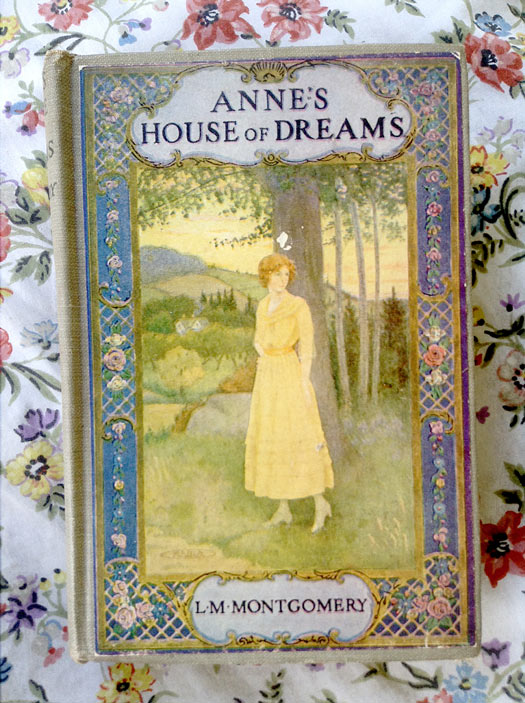 On the sofa, rain pouring down, hot water bottle pressed to my belly as an old pain visited again, I opened up my little ipad to watch another episode of Grace and Frankie…when I was stopped by the surprise of a large ad for “Anne with an E.” How could I have not known about this? Seven episodes? An empty day ahead? And a working internet connection? I could barely believe my good fortune…tho’ I did briefly recall the dreadful PBS adaptation of Anne last year and my joy was tempered. But surely they wouldn’t make those same mistakes of overdoing the drama, making a mess of Matthew, somehow losing most of the allure of Anne?

I came to Anne a little later than many, receiving the boxed set of small paperbacks for Christmas when I was in college. But they quickly became beloved, right up there with all of the Little House books, The Secret Garden, A Little Princess. Read over and over again across the years. Not uncritically in more recent years, to be sure. And the first screen adaptation in the eighties (I never could get my hands on the early black and white movie long before. And I mean only the first wonderful series…I draw a curtain over the others) certainly drew my criticism for the ways it changed the story, but with my new perspective, that criticism has shrunk and my appreciation for all that it got right has grown in the past few weeks.

Can I get out all of my noticings, persnickety as they may be? All that I would say if we were together after watching, with a cup or glass of something and all of the freedom to speak that comes of long-knowing? All that I may have inwardly groaned over, or rolled my eyes at or that made me want to curl my hands into balls and lament during the watching…except there must always be quiet and attention during the first watching…

-the grey tone (why do so many shows do this? We can feel suspense and import and tragedy and sadness in the real light of day, trust us.)

-the imagined flashback not five minutes into the first episode when Anne was slapped, called “trash” and pushed into the mud at the house where she was fostered…the first of numerous imagined flashbacks portraying over-the-top abuse never mentioned in the books

-the rather manic speeches by Anne, again, not in the books, including her referring to herself as “a daughter to liven up the place”

-Anne’s too-perfect painted on freckles (I know, I warned you that I can be persnickety) and the overuse of candles in all of the nighttime scenes

-all of the wrongness of many of the houses and settings (especially the Barry’s house-egads-and the Barrys themselves) …and later finding out that little of the series was filmed on P.E. Island

-Matthew and Marilla were portrayed quite beautifully, I thought, except when they had Matthew riding a horse, Poldark-style, at top-speed through the surf along the beach and (spoiler alert……) trying to commit suicide!?!?

-Anne’s unkindness towards Jerry, the hired boy, is so out-of-character (not to mention imagined) it offends me. As well as the general and persistent unkindness of most of the Avonlea children and others in the town. And the creepy “mouse in his pocket” scene and…and…

-Marilla attending a feminist reading circle of the local mothers…in fact, all of the heavy-handed and completely made-up feminist speeches from Anne and others. If Anne was “an accidental feminist” as the writer of the series has said, why not show how the books evoked it? Tho’ I would be interested to know what you think about that idea? To me, she was always just unconventional, bright, imaginative true-to-herself Anne…but perhaps I am forgetting something? 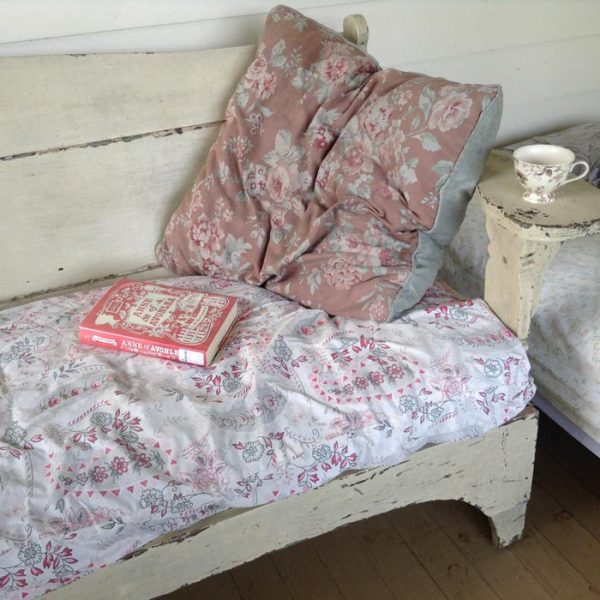 Oh! I really could go on and on. I honestly think there was much more of the writer of the series in this adaptation than there was L.M.Montgomery. More that I disliked than I liked. I had to fast forward through almost all of the 2nd and last episodes, they were so tenuously attached to the actual story. And I despaired of the constant melodrama and invented suspense and danger, which seems to be the way of more and more adaptations. Anne can’t just be accepted and loved as the island gets to know her and she weaves her life into theirs…she must foolishly race into a burning building to put into action some nonsense about opening doors to let oxygen into somewhere to do something to help save someone (sorry, it’s been a few weeks since I watched) before the local folk can think well of her. (This puts me in mind of the latest version of Persuasion when another Ann can’t just perform her small heroics of missing out on a dinner party to care for her injured nephew, but must amazingly have acquired the medical knowledge of putting a dislocated shoulder back in place, too!) Marilla and Anne can’t make their small sacrifices to help when the farm falls upon hard times, no. It must be contrived that Anne be sent with Jerry to town to hock all of their most prized possessions (including the amethyst brooch) and then have the money stolen (and the bad men becoming boarders at Green Gables in the “cliffhanger” finale of the season…ye gods).

I do understand the desire to focus on the aspects of a story that mean the most to us, but to change the story so drastically to do so feels disrespectful. I read somewhere that Anne with an E is basically a story of PTSD…but you can’t have read the Anne books and think that is the intended message, can you? If the writer wanted to write a story about fostering and orphan asylums and the overcoming of their effects upon a girl’s life in the late 19th century, well and good, create your own story. If, as the writer, you wanted to tease out what may have been glossed over in the Anne books, perhaps have flashbacks to what was shared in the books about Anne’s coping with her difficult childhood…the foster parents that weren’t as “kind as they might have been,” her reflection in the glass of a cabinet that became her friend and confidante. There is so much “scope for the imagination” if you want to create a different, deeper sort of Anne of Green Gables series than has been done so far…yet remain true to the books.

The books did not become so beloved because of something they lacked, after all.

But this is something that is rarely understood, it seems to me. This version of Anne is said to be more “realistic.” But I would wager that most of our lives more closely resemble the books than this series…I certainly hope so. Our adrenal glands would be spent at a young age if our lives were like the new series. And I don’t mean to diminish the true human hardships most of us have gone through or are in the midst of, not at all. But that is one of the beauties and strength of stories, isn’t it? When you see your own feelings and experiences expressed in another’s words and images? That is my sort of realism. If you appreciate subtlety and nuance…if you don’t like to be manipulated or hit over the head with plot unfoldings…if you are satisfied with stories, in book and film, that depict life with all its ordinary twists and turns, light and dark, pain and sweetness…then I would skip this version of Anne. 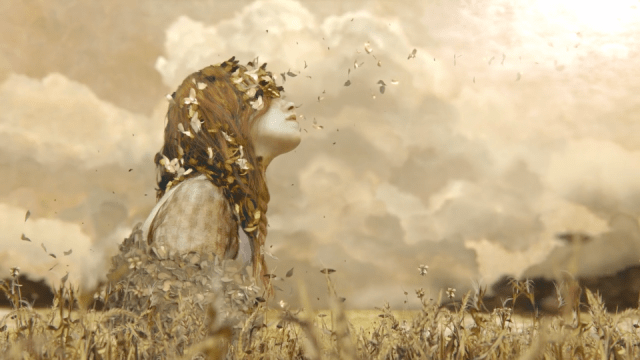 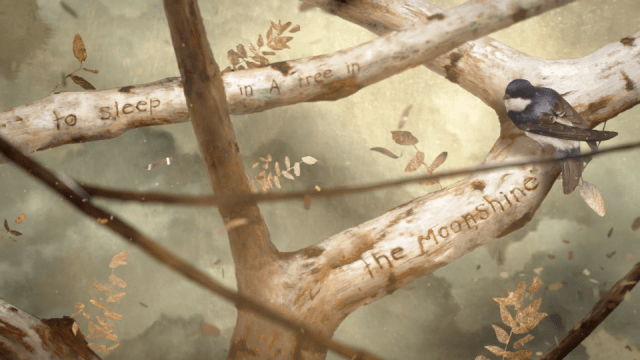 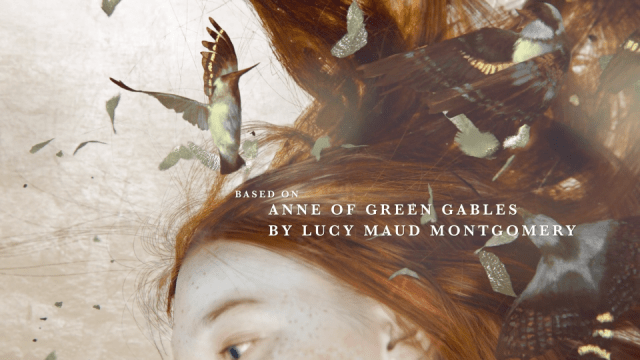 (If only the series had felt like the opening artwork did, that would be a series I would like to see. L.M.Montgomery’s descriptions of natural beauty are amongst the loveliest I’ve ever read.)

I watched the whole thing that slow weekend…fast forwarding whenever necessary…compelled to see how they twisted it, yet always hoping it would find its heart again. Alas, no. Not for me, anyway. When I was in college, my dearest friend and I used go often to the Naro Expanded Cinema in Norfolk to see usually double features of old and unusual movies. The drive home together was always an important part of our ritual. Sometimes, we were perfectly quiet, filled up and still immersed in what we had seen. Sometimes, we used those twenty-five minutes in the car to pick apart what we had seen. Once I remember having to pull over by the side of the expressway because we were crying too hard to drive safely (after seeing Gallipoli). Seeing Anne with an E was the middle experience. Tho’ it would have taken a drive of a few hours to pick apart all that needed unraveling.

Instead, I researched here and there about the production, looked for blog posts about it, and ruminated…stormed over it in my head and heart…then wrote here. And I am sharing below some of my favorite articles and posts found in my searching, ending with some thoughts from the writer of the series that I copied down…with question marks and exclamation marks penciled in beside them.

Sarah’s A Story for Our Times

Relentlessly Grim Anne with an E

“Anne was an accidental feminist,” explained McNulty. “She was a feminist before feminism really existed, which I find really intriguing. And we’re dealing with prejudice, exclusion, bullying, sexuality and just all kinds of very relatable topics today that Lucy Montgomery wrote in her book.”

“while still tapping into the harsh truths of a hard world that are clearly evident in Montgomery’s book….”

“This depth of emotion, the sense of a perilous life lived on the edge, the experience of vicious and hurtful social ostracism is very centrally what Lucy Montgomery was trying to portray in her work.”

So interested in what you make of it all?

(the comment form can be reached at the top of the post, if you don’t see it below.)

My name is Lesley and I love to create beauty and peace...in my home, online rooms and the pages I design for my shop. I live in the countryside of Virginia with my husband, four hens and all of the wild things in field and forest and sky. 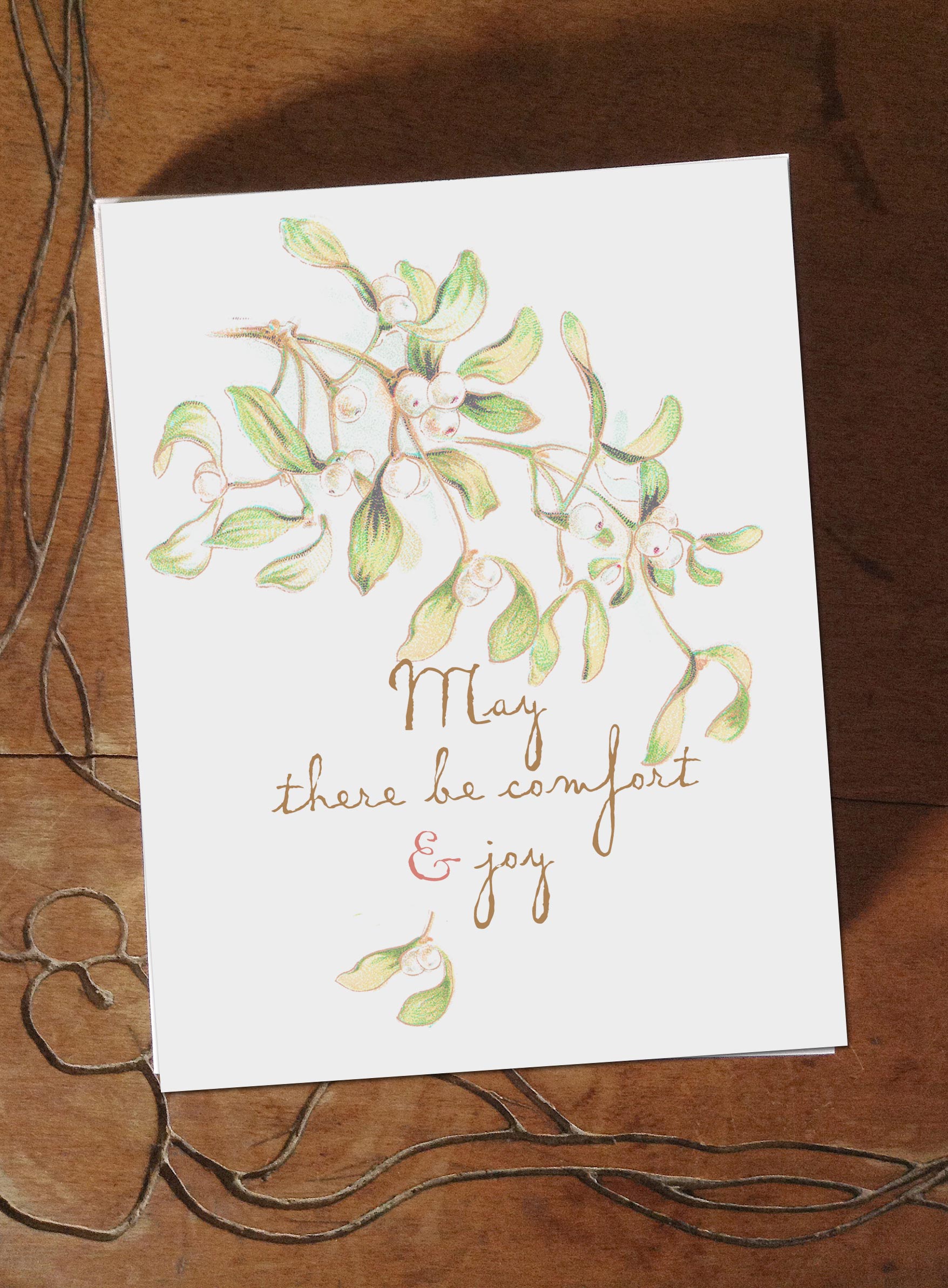